Make sure you come on down in time to pick up your tickets to see the smashing live concert performance that is coming to Park Theater on Saturday 7th December 2019 when Jason Aldean takes to the stage. This show marks one of the biggest openings that has come to Paradise Nevada in 2019 and is sure make fans of the genre get out of their seats and dance. Jason Aldean will be giving it his all for his second night at Park Theater – don't miss this exciting event! 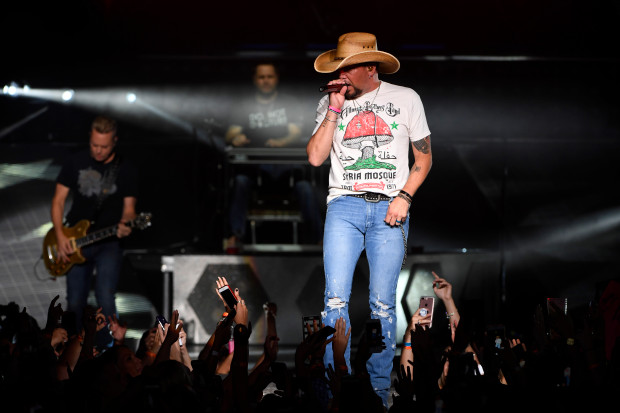 Jason Aldean is one of Country's biggest superstars and it's pretty clear to see why, with a huge catalogue of music, outstanding studio releases and chart topping hits, he has won over the hearts of so many music fans, especially within the mainstream scene.

This American singer-songwriter has grabbed the attention with some of the greatest country songs of all time, his single releases have included the likes of; "Why", "She's Country", "Big Green Tractor", "The Truth", "Don't You Wanna Stay" (a duet with Kelly Clarkson), "Dirt Road Anthem", "Fly Over States", "Take a Little Ride", "The Only Way I Know" (a collaboration with Luke Bryan and Eric Church), "Night Train", "When She Says Baby", "Burnin' It Down", "Just Gettin' Started", "Tonight Looks Good on You", "Lights Come On", "A Little More Summertime", "Any Ol' Barstool", “You Make It Easy”, “Drowns the Whiskey” – just to name a few!

With the full range of 21 singles hitting the number one spot in the Hot Country Songs charts, he has truly made his mark and gained a massive fan following because of it. His music not only has been a groundbreaking success in North America but his name is also known all around the globe. If you love Country, you're bound to love Jason Aldean.

If you're looking for a night to remember, Jason Aldean is the one to go to as he brings all of the hype on his show stopping, jaw dropping performances! He'll be hitting the road once again this Winter to take to the stages across the US! Don't miss out on your chance to join in on all of the fun and catch all of your favorite Jason Aldean songs as he performs them live in concert! This groundbreaking artist never disappoints, his shows are one of the most talked about around!

Jason Aldean's 2019 Ride All Night Tour is now on sale – book your tickets above today!