Aerosmith comes to Park Theater on Sunday 2nd October 2022 as part of its Las Vegas Residency, Deuces are Wild. There are plenty of dates that begin in March 2022, with further shows in June, July, September, October, November and December. Their only other performance of the year is at Boston's Fenway Park on 8th September. The residency celebrates the hit American rock band's 50th year of formation,
a celebration that had to be postponed from 2019 to 2022. The band's last performance was two years ago to a sold-out crowd at Park MGM on 15th February. Fans are highly excited about the upcoming run of concerts, and if you're one of them, you will need to hurry up and buy your tickets ASAP! 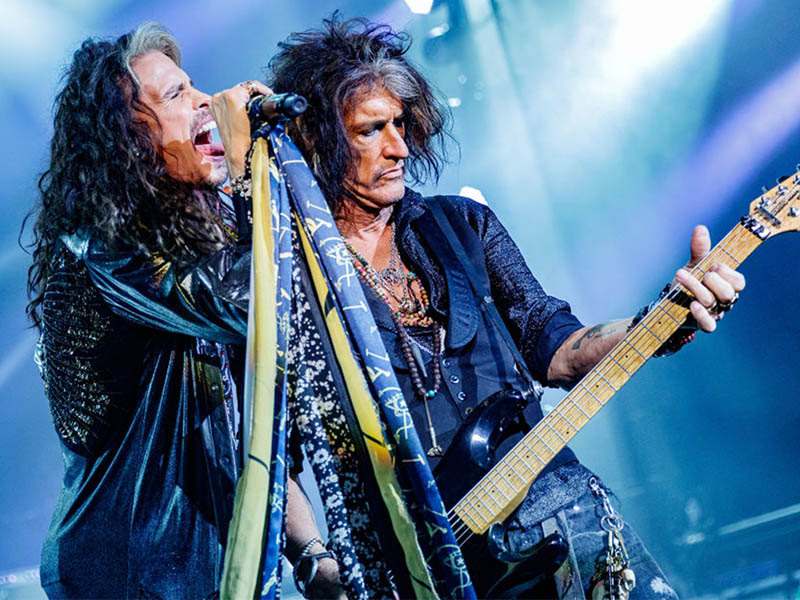 Aerosmith has been rocking the American rock music scene since 1970. Consisting of Steven Tyler, Joe Perry, Tom Hamilton, Brad Whitford, ad Joey Kramer, they have adapted a style deeply rooted in blues-based hard rock. They have also incorporated several elements of heavy metal, pop-rock, blues, glam metal, and rhythm. Sometimes, they are often known as “America’s Greatest Rock and Roll Band”. Rightfully though, because they are America’s best selling hard rock band of all time, having sold more than 150 million records around the globe, with over 85 million sold in the U.S only. They have 25 gold, 18 platinum, and 12 multi-platinum albums to go with countless hits they have produced over the past 50 years.
Band’s guitarist recently expressed his excitement about returning to live audiences and shared how he was not entirely sure if the band would ever perform again. Aerosmith has a massive fan following in the entire world, with a cult-like following in the U.S. All their hardcore fans had been anticipating the upcoming L.A residency for a while and now that it’s finally here, ticket demand is massive. If you want to catch one of the most iconic rock outfits in history, buy your tickets right now before all of them are sold out!