Are you ready to see the Goddess Of Pop live in concert?? The Grammy Award-winning, chart-topping, multi-million selling artist CHER is back with her biggest and best show ever – and this time, she’s serious about it being her last one. For a limited time only, celebrate the legacy of one of pop’s living legends with the star herself! Choose your date from the list below and book early for your chances of the best seats – these tickets won’t last long!

“Cher has held a Vegas residency before, but her new show is a creative reinvention, which makes sense considering the way she has reinvented herself throughout 50 years in the spotlight. She clearly isn’t finished yet” – Las Vegas Weekly

“A Cher show is not just a concert, but an over-the-top fashion show” – Billboard

First gaining popularity in the sixties as part of the husband-and-wife duo Sonny & Cher, with their song “I Got You Babe,” hitting number one in the charts both in the UK and the US. At the same time, she launched her solo career, with the song “Bang Bang (My Baby Shot Me Down)” selling millions. As part of the duo and as a solo artist, Cher had sold over 40 million records by the late 60s, and in addition, established herself as something of a fashion icon for her highly elaborate stage outfits.

Continuing to grow steadily as a solo musician, Cher branched out into musical theatre with “Come Back to the Five and Dime, Jimmy Dean, Jimmy Dean” in 1982 and went on to appear in the film version. Following this, she took on several new roles in Silkwood, Mask, and Moonstruck, critically acclaimed performances that won her the Academy Award for Best Actress in Moonstruck.

In 1998, after a series of even more successful albums, she reached an all-new high with “Believe,” pioneering the now ubiquitous use of autotune, known then as the “Cher Effect.” Today, the title track still holds the record of best-selling single of all time by a female artist in the UK. With a Grammy Award, an Emmy Award, an Academy Award, three Golden Globe Awards, a Cannes Film Festival Award and many others under her belt, Cher’s legacy is virtually unparalleled.

Her latest show is called Classic Cher, and its the perfect descriptor for what fans can expect – a collection of Cher’s greatest hits, including “Believe,” “Gypsies,” “Trams and Thieves,” and “If I Could Turn Back Time,” complete with the iconic sheer black costume from the 1989 video. Costume changes are one of the highlights of the show, with Cher switching between over 13 throughout the evening’s performance, showcasing the memorable looks from throughout her career and matching them with props, sets and dancers for maximum effect. Expect appearances from the ceiling in a cage, Native American headdresses, cleverly designed boats that ferry the singer and her dancers across the stage, an Indian-themed song where Cher rides an animatronic elephant, and, most touchingly, a projection of her late ex-husband Sonny, with whom she performs their duet “I Got You Babe” as a tribute to his memory.

Cher’s confidence and stage presence hasn’t diminished one bit, as she commands the audiences attention exactly as she did when she was young. As for the vocals, even now she sings live, shirking the miming technique so often used by newer and younger artists. Make no mistake – Cher is the real thing.

“This is the last show, and we are going to give people something they want to see,” she said said. “I’ll sing all my biggest hits. I’ll present them in a way that is memorable, with new technology, computer-generated images on the big screens, and people will be overcome by the production.”

It’s a nostalgia trip as much as it is a powerful and arresting performance in its own right. At 71, Cher shows that she’s not only still got it, but is capable of delivering a breathtaking performance that artists half her age would envy. Audiences won’t be disappointed, that’s for sure. It’s your last chance to experience the magic of Cher live – get your tickets now, while they last!! 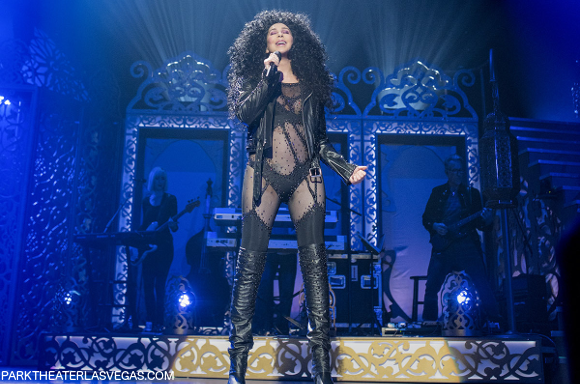 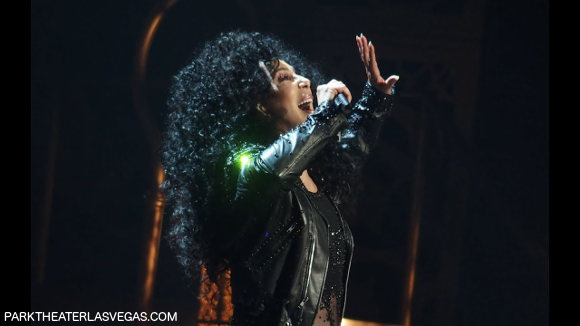