Eddie Vedder, alongside bandmates Earthlings will perform at the Park Theater on Friday 7th October 2022. The performance is part of Vedder’s “The Earthlings Tour 2022” which began in February 2022, and the artist had to announce more dates to the existing schedule due to the owing demand. The tour celebrates Eddie Vedder’s latest album, “Earthling” which came out in February this year to critical acclaim. The album has been one of the top favourites of the year, and fans are excited to hear it live in the upcoming performances. Earthling is Vedder’s first release since 2011’s Ukulele Songs. Special guest Glen Hansard will extend support on selected tour dates. Catch them live at Park Theater on 7th October 2022 by getting your tickets right now! 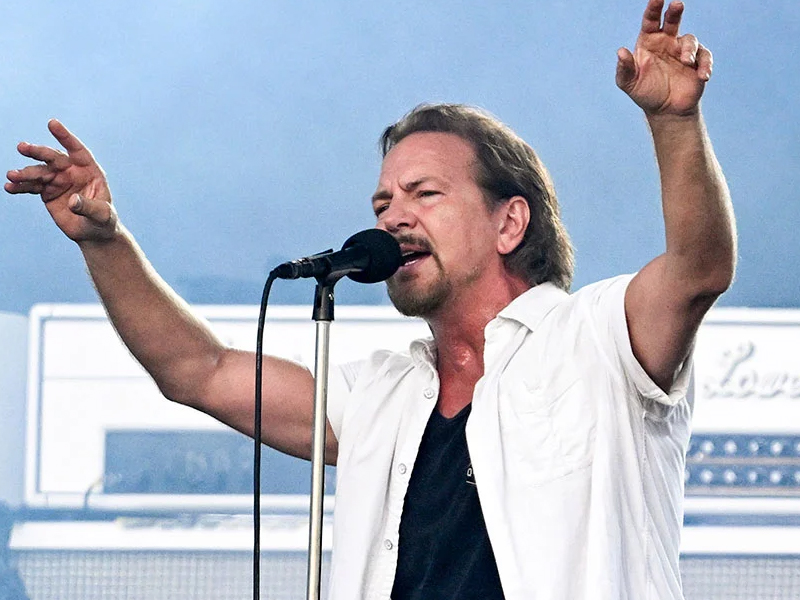 Pearl Jam frontman Eddie Vedder has announced further dates to support his solo material, with the backing from his backing band The Earthlings. The Earthlings features some of the most talented musicians including Red Hot Chilli Peppers drummer Chad Smith, Jane’s Addiction bassist Chris Chaney and acclaimed guitarist Josh Klinghoffer. The overall line-up is very exciting and it is expected that most shows will be sold out in advance.
Eddie Vedder is one of the most famous American musicians of the current generation, particularly known for his baritone vocals. The artist came into prominence with his debut soundtrack for the movie, Into the Wild. The movie was released in 2007, and four years later, Vedder released his second project, Ukulele Songs, in 2011. Earthling was his first release in almost a decade. It got an amazing response from the fans and became a commercial hit as well. Vedder was inducted into the Rock and Roll Hall of Fame as a member of the hit rock band Pearl Jam. The upcoming concert features some amazing rock and roll musicians from around the country, and ticket demand is expected to rise rapidly. If you want to catch them live at Park Theater on 7th October, you will need to buy tickets ASAP before they are sold out!